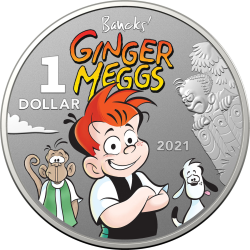 When Sydney artist Jimmy Bancks created a newspaper cartoon strip in 1921, he could scarcely have imagined one of his characters, a red-headed boy named Ginger Smith would still be amusing readers a century later.

Ginger Smith soon became Ginger Meggs, one of Australia’s most successful cultural creations, with his antics syndicated around the world. Ginger Meggs is now produced by cartoonist and comedian Jason Chatfield, the strip’s fifth artist.