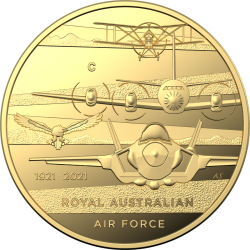 In 2021 the Royal Australian Air Force marks a centenary of service. Sir Richard Williams is considered one of the RAAF’s founding fathers. He was born in 1890 at Moonta Mines, South Australia. Williams was the first military officer to qualify as a pilot in Australia and served during the First World War from 1914-18. He was also the first RAAF Air Marshal and rose to leadership positions in the military and civil aviation.